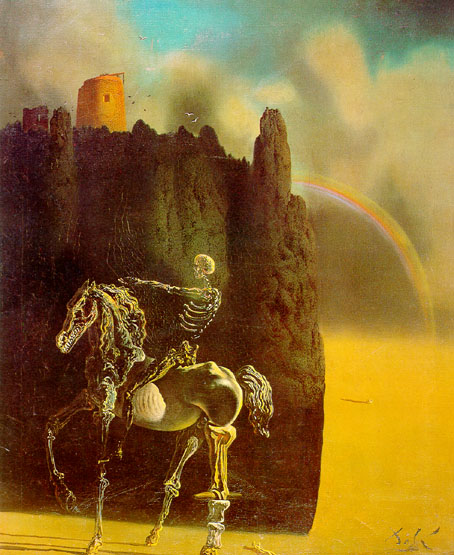 Joe Moran states in Interdisciplinarity that cultural studies dismiss high culture as elitist (Moran 68).  By this he means that high culture is viewed as snobbish and self-absorbed, that the members of high culture hold themselves in a higher regard.  Briefly investigating the traits and habits of a member of high culture, one may agree with this assertion; high culture – the arts – tends to have a habit of expression.   END_OF_DOCUMENT_TOKEN_TO_BE_REPLACED

When the word “reaper” comes to mind, I often envision death, the grim reaper, and other deathly symbols.  After all, the rat in “Reapers” is described as injured, bringing a morbid image into the poem; one may assume that its injury is the product of a grim reaper, a bringer of death.  However, “reaper” as a general term can also refer to the agricultural practice of reaping and harvesting.  It does not necessarily mean that the reaper has evil intentions, though we often envision it that way.  The reapers carry an importance with them that defies our interpretation of the first time they were mentioned.  In fact, it could be argued that the reapers are key characters within “Cane”, though it may not be immediately obvious.

In Arc One, we read “Reapers” as a narration, albeit one from a neutral point of view.  Here, neutral means that the narrator recounts the event without opinion; the poem is told how the story unfolds.  Furthermore, one can only assume who is narrating the poem, as the narrator is not given an identity.  In Arc Two, the poem “Harvest Song” is essentially a different take on the “Reapers” poem, because this time it is told from a perspective – the perspective of an individual collecting and harvesting crops.  It is sensible to question if this individual is indeed one of the reapers mentioned in Arc 1; although “Harvest Song” is less broad in the situation it represents, it could connect to what “Reapers” explained to us, just on a much smaller scale.  Therefore, it can be interpreted as a recurring theme that is bound to the plot, represented in multiple ways.

The rat in “Reapers” suffers from a wound that the reapers have given it; one would assume that the reapers are evil.  However, “Harvest Song” shows that the reapers suffer as well, and that there is something above them – the work of the field – that causes them to suffer.  The hunger and filth that the reaper complains of can be seen as a sign of mortality and humanity; the grim reaper we may have thought of upon first read is a figure disconnected from what we commonly associate with “human”.  Does the grim reaper, the angel of death, suffer?  Does it hunger?  We cannot be certain.  But we can be certain that a reaper, a human reaper, suffers just as humans do; we are the same species.  In this way, as both rat and reaper suffer, in the cycle of life they are equal.  Neither is more evil than the other.  In the end, death always wins.

In this way, the reapers of Arc One and Arc Two are key characters because they embody recurring themes in “Cane”; hard work, humanity, and suffering, among others.  They are the humanization of these themes.  The reapers are compactions of forces much larger than themselves, as they manifest themselves in different ways throughout the book.  These manifestations are what make the reapers one of the foundations of “Cane”.

Upon reading the introduction to “Interdisciplinarity” by Joe Moran, I became confused as to why music as a discipline was grouped into the medieval curriculum of Quadrivium.  After all, the Quadrivium also included arithmetic, geometry, and astronomy.  The other curriculum, Trivium, included logic, grammar and rhetoric.  It struck me as odd that music should be grouped in a curriculum with disciplines that it is not presently associated with.  I felt that music would be more appropriately organized as a discipline within Trivium.

Math and science are disciplines that are formulaic in nature; an individual follows a concrete procedure until they come to a concrete answer. Variables are juggled and conclusions are drawn from the organization and relationship of these variables; subtracting two numbers diminishes a resulting number in an amount relative to those two numbers. Now, in response to this, those of you with knowledge of music theory may quickly question the difference between the natures of math/science and music. You may say that scales are based off of a system of numbers, degrees of sound that differ in relation to the pitch of a root note. You may further state that the particular scale degrees within a given scale are just another kind of formula. This is all very true. A series of notes is organized into a concrete system; this system is then referred to as a scale. But the scale as we know it is a very westernized approach to organization of pitch.  In fact, other forms of music, such as Middle-Eastern music, do not use scales at all.

I recently acquired an instrument called a Saz from a Turkish family that lived down the street from me, for they had bought a house and were having an estate sale.  I found that this instrument – vaguely reminiscent of a guitar, but not closely related by any means – was played very differently from most stringed instruments used in America or Europe.  It had a body and a neck, like most stringed instruments, but instead of standard frets (markers that change the pitch of a note played), there were thin, movable frets in the neck that were placed in intervals that had no order.  After a bit of research, I found that the Saz and many other Middle-Eastern instruments did not utilize scales; they played notes in between notes.  I quickly realized that Middle-Eastern musicians played by feel, not by formula.  They played by instinct, even by improvisation.  Where perfection is the norm in the Western world, the Eastern musicians played their music devoid of any concrete system.  Therefore, certain styles of music seem to fall out of the scope of Quadrivium.

Or are we meant to take the statement literally?

“My making and my writing is one thing,” Mr. de Waal is quoted as saying “Pots turn into words, and words turn into pots.” And later: “When I make something, I hear it.”

This proposed equivalence between poetry and concrete objects isn’t new at all. You’ll find it, among other places, in Keats’ ” Ode on a Grecian Urn” and in Archibald MacLeish’s “Ars Poetica.”

If the “practice of criticism” has a theoretical side that consists, in part, of defining the terms in which that practice is conducted, then poetry is one of those terms we’re called upon to define.